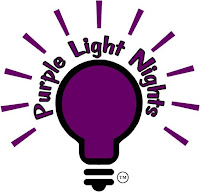 Upper Marlboro, MD… A Virtual Purple Light Nights Lighting Ceremony was released on a YouTube channel, October 1st. The 30-minute program was produced and filmed at the Prince George’s Community College TV studio (PGCC-TV). The ceremony, which has become synonymous with the beginning of Domestic Violence Awareness Month, usually takes place outside as it did last year on the campus of PGCC. The event is co-hosted by the Prince George’s County Sheriff’s Office and Sheriff Melvin C. High and Prince George’s Community College (PGCC) and President Dr. Falecia D. Williams.

“Domestic Violence never takes a break, and so neither can we,” said Sheriff High. “We’re delighted that, given the challenges COVID-19 presents around large gatherings, our co-host – Dr. Williams and PGCC – made this ceremony possible. Citizens and residents, along with our partners and service providers, look forward to the Purple Light Nights Lighting Ceremony as a way of maintaining the community’s interest on the success we’ve achieved and the challenges we still face in fighting this crime.”

The event’s purple light bulb logo symbolizes shining a light in the darkness that is domestic violence. Since launching the ceremony in 2014, the Office of the Sheriff has distributed thousands of purple light bulbs – sponsored by Pepco - to residents, asking that they shine them on their porch or in a window every night in October signaling the county’s unity in the fight against domestic violence and a home free of violence.

“As we participate in today’s symbolic lighting ceremony, remember awareness is only the start,” said Dr. Falecia Williams, Prince George’s Community College president. “Even after this event ends and Domestic Violence Awareness Month comes to a close, never let your purple light burn out. Keep your lamp trimmed and burning because more people than you know are counting on that light to lead them to shore.”

The Lighting Ceremony will broadcast on PGCC-TV throughout the month, including on Verizon FIOS Channel 44 & Comcast Xfinity Channel 75. It is available for viewing on YouTube at https://youtu.be/R5EY14RpUu4

Residents can pick up a FREE purple light bulb this year at the Capital Wheel at National Harbor Office every Friday night, from 6:00p.m.- 7:30 p.m., when the Capital Wheel is lit purple, which is sponsored by the Family Services Domestic Violence and Human Trafficking Division. For more information contact the Office of the Sheriff Communications and Public Affairs Division at 301-780-7354. 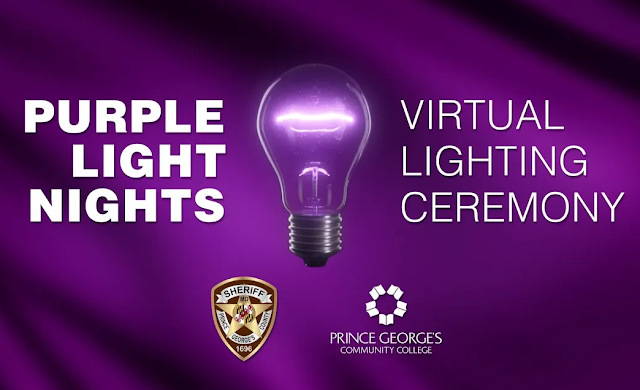 STEP INTO A CAREER WITH OPTIONS! WE'RE LOOKING FOR THE RIGHT PEOPLE, ARE YOU ONE OF THEM?

Domestic Violence Has No Place In Our Community 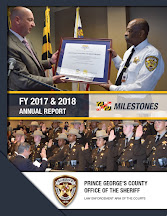 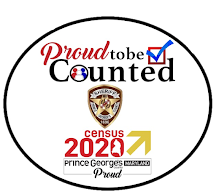 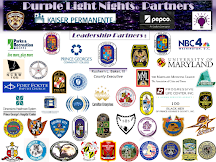 Raising Awareness and a Unified Voice Against Domestic Violence

Invite PGSO To Your Next Event

To invite Sheriff Melvin C. High or a representative of the Office of the Sheriff to your event, contact us at
Sheriffinfo@co.pg.md.us or call 301-780-8602.